This problem and possibly bug occurred on my character for a short period of time, but I thought it might be just a random problem that will go away on it's own. It looks that it might be an internal problem as up to right now it was reported to me by several guys that they indeed have the same problem.

Having all the necessary reduction in data-flux reserve perks,skills etc. AND equipping the Archeotech Relic Amor giving -14  reduced Data Flux Reserve drops the Kastelan Reverve to 20%. It's even displayed in the construct console. But, even though it says 20%  when you try to get that 5th Kastelan you get the message that data flux reserve is over 100%.

I thought that at first this problem may be due to some calculation formula showing 20% but it probably was something like 20,1% in reality. In Season of Inferno I got a chest piece that gives -15% and the same problem existed. BUT if you don't have the armour and equip one of the new ancient weapons that give the literally same effect "-15% reduced data flux-reserve", you can field 5 Kastelans without any problems.

Having -15% reduced Data Flux Reserve on Archeotech Relic Armour gets you to 20% Reserve per Kastelan - but the message says your over 100% Data Flux when trying to field the 5th one.

Having both drops you to 13% Reserve per Kastelan - no problems

This post was edited 1 year 321 days ago by NargothTheGrim
Comment
Store Page
Share
previous post back to community page next post
4 comments
Featured comment
Newest Oldest Best
Save This Order
Set this current order state as My default.
Order Save Options
Tech Adept: Data Flux Reserve Reduction Calculation Bug on Chestpiece Armour.
Your Thoughts? Please login to place your opinion. Not a member yet? Register here and now!
1
BaileyMalone
0 1
1 year 247 days ago
+1
1
Marcopolocs
I also have this problem. I have chest armor which brings my Kastelans down to 20% reserve cost, but I can't summon a 5th robot because it says 5 would cost more than 100%, which makes no sense!

Please fix this as I've gotten so far with this build and now I find the system is bugged.

To add an example of the data flux calculation issues: switching between plasma caliver alpha and beta completely blocks the use of the Repair Constructs ability.

Switching back to alpha, as in the screenshots below lowers my reserve again and regenerates my data flux - but as you can see in the images, the ability remains blocked, presumably due to 'insufficient data flux' left over from when I was using plasma caliver beta. Which is clearly wrong in this case - the available flux is 45 and the ability costs 30.

This whole data flux / reserve calculation system is a mess... 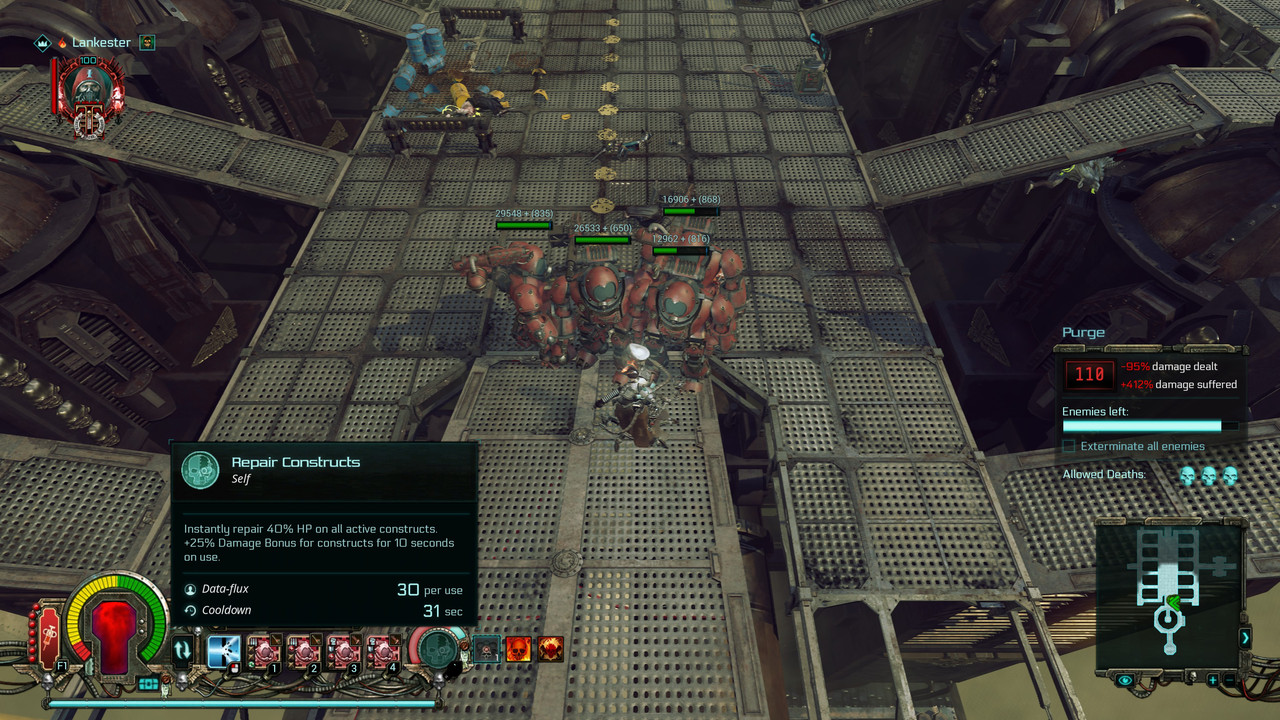 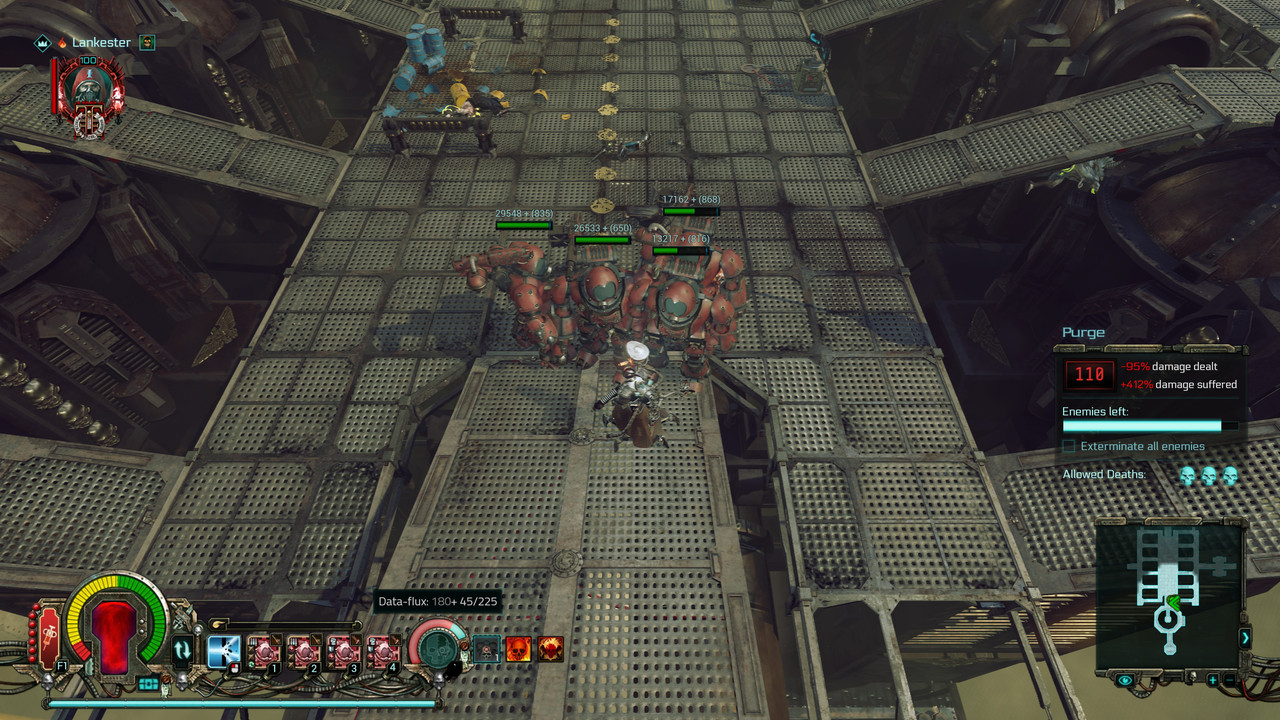 1
Lankester
35 130
1 year 321 days ago
+0
0
Data flux reserve in general can get buggy, not just for Kastelans. For now I run with 2 Kastelans and 2 Kataphrons and under normal circumstances my reserve is around 75% (estimate). I can easily re-summon Kataphrons if they start getting low on health (or if I need emergency healing).

But occasionally, the game bugs out and disables the re-summoning, thinking that I am right the the limit of my data flux.

The system is designed in a very illogical way, which prevents you from re-summoning an existing Kataphron if you have reached the data flux limit. While effectively you just want to refresh a Kataphron using the same amount of data reserve. So you may have 2 Kataphrons out, but you can't re-summon any of them if they are still active but getting low on health. It's like the game first tries to summon a new one and then dispawn the existing version, it makes no sense.

So occasionally, the game does this when it bugs out and thinks your data flux is lower than it actually is and blocks you from re-summoning your Kataphrons. And then it works normally again in the next mission. It's definitely a weird glitch...