Out Now on PS4 and Xbox One

The newest update of Warhammer 40,000: Inquisitor - Martyr is out now on consoles, introducing the first Season titled Drukhari on PlayStation 4 and Xbox One.

This free update features a brand new Dark Eldar enemy faction and a new campaign with a series of investigations. Prepare to meet Wracks, Talos and Cronos Pain Engines, Incubi and many more – from the Kabalite Warriors to the beautiful and deadly Succubi, to the wizened Haemonculi, the insane flesh-sculptors, the new enemies are all ruthless, dangerous and utterly alien.

The Season also includes a campaign which incorporates three brand new investigations with new non-player characters and a stand-alone story that will flesh out the workings of the Drukhari. The investigation begins with the pacification of the Triglav Subsector and an abandoned system shrouded in mysterious silence, sheds light on the unholy machinations of the Dark Eldar and their penchant for using corrupted Imperial forces and decadent Governors as their puppets and it will culminate in a violent skirmish with the true masters of pain from the Dark City of Commorragh. 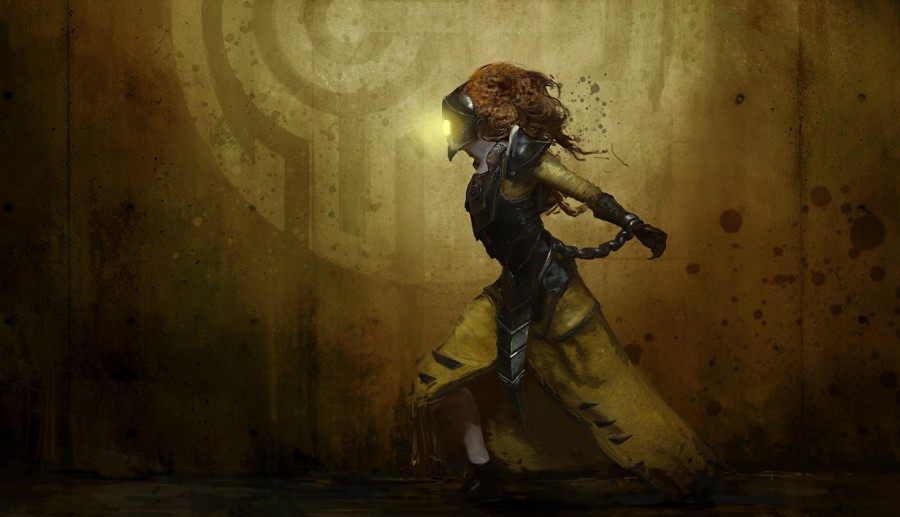 An ancient, alien menace has surfaced in the Caligari Sector. Cutoff from the rest of the Imperium by fierce Warpsurges, the Triglav Subsector has been plagued by the Drukhari – or as they are known, the Dark Eldar – for decades, and now the time has come to purge the Xenos menace from these defenceless worlds once and for all.

The Dark Eldar are cruel, terrifying and sadistic raiders who descend upon their prey to feed their unholy appetites. They revel in torture, piracy, enslavement and torture. They are ancient, intelligent and learned how to stave off the slow death of their souls – they are amongst the most twisted enemies the agents of the Inquisition can face in battle.

For individual patch logs of bug fixes see here: PlayStation 4 and Xbox One.

This post was edited 4 years 89 days ago by Tender
Comment
Store Page
Share
previous post back to community page next post
21 comments
Featured comment
Newest Oldest Best
Save This Order
Set this current order state as My default.
Order Save Options
Season 1 - Drukhari: Out Now on PS4 and Xbox One
Your Thoughts? Please login to place your opinion. Not a member yet? Register here and now!
1
KiLLyoX69
2 90
4 years 84 days ago
+0
0
mrbeanvader
lol, the patch is planed for 6 weeks now ! And we're still waiting !

Don't expect much unless you still believe in Santa Claus !!

1
mrbeanvader
0 1
4 years 86 days ago
+1
1
Marcopolocs
sweet glad theres a patch planed soon  i do love the game , kinda disappointing we dont get our own retinue to follow us around and back us up on levels    that would of been sweet
1
XxFRAGENxX
0 6
4 years 86 days ago
+2
2
I think you take the community for the idiot!!!   4month on ps4 and you doesn't corrected bug lol
1
NathanParker
0 1
4 years 87 days ago
+3
3
Yay! New content and new game-breaking bugs! Oh, and even better that none of the old game-breaking bugs have been fixed! Thanks Neocore!
1
KiLLyoX69
2 90
4 years 87 days ago
+3
3
Posted by maledicus 4 years 88 days ago
[email protected] for the free update! Installing right now, can't wait to play.

Players already face game breaking bugs (no mission on starmap) with the season 1 !!

Unfortunatly, you won't wait long to face it !

Will this fix affect this issue as well ?

I avoided another crash of my PS4 !

For those players who experience the crash issues on PS4 there will be a patch coming out either this week or at the first half of the next bringing the fixes!

Hey Developers/Neocore, I just wanted to say thank you guys for all your hardwork and just know you always got a fan here. Great update and can't wait to explore the new sector and the new enemy. Also, can't wait for more future updates/patches! As far as everyone else on Xbox, no new bugs to report as of yet and for any Psyker users out there? They have fixed the weird wait timer/cooldown on ability wait time. So you now can use multiple abilities at once again. Lastly they fixed the Cabal reset so now our cabal's should reset on reset day.

Tested on a Xbox One X

1
wtfimon
0 1
4 years 89 days ago
+4
4
my game have crashed 7+ times today on the vipers nest questline and i have tryed to lower the setimgs on my ps4 and that is only after the new parch... so my question is when will this be repaired?? i read the forums and i can see alot of ps4 folks have the same problem.

Deinstalled,thank ya for wasting money and time.