In this blog series let us introduce some of our team members who are working on Warhammer 40,000: Inquisitor – Martyr. Today we’re interviewing XP. 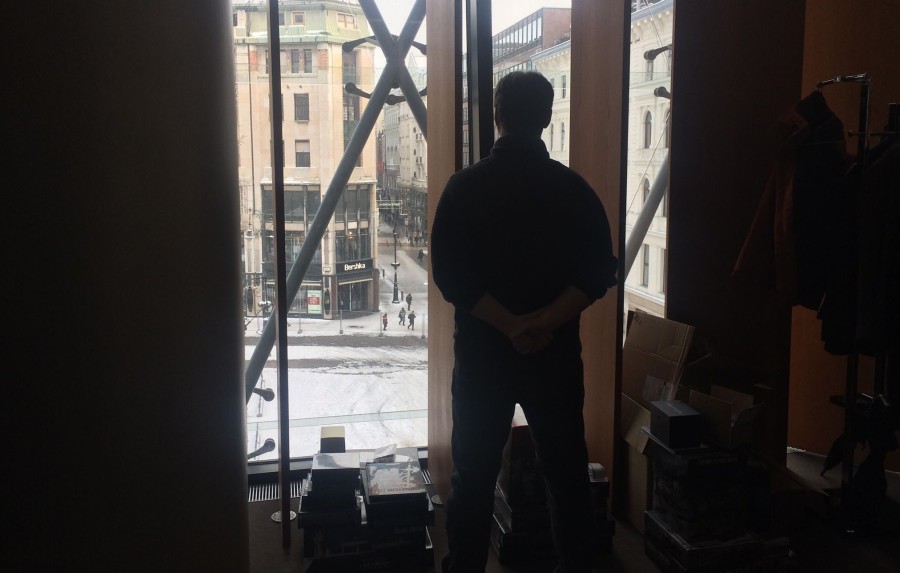 Please introduce yourself briefly... where does your nickname come from? Your favorite OS maybe?

I work as a game designer here at NeocoreGames. No, my nickname has nothing to do with windows of any kind, I got it nearly 25 years ago, at the heydey of tabletop RPG-s. As a fledgeling dungeon master I used to be… less than generous in handing out experience points to my players, who started calling me an "xp tyrant". The name stuck, but over the years I slowly turned into a benevolent dictator, so now it's just XP.

Before I joined the team, I worked in the field of tourism, mostly as a tour guide at a place called the Royal Palace of Gödöllő (the third largest baroque palace in Europe). This might seem like an odd career switch, but I've already created amateur games throughout those years. At the time, no school in Hungary taught game design, so I had to teach myself in order to become an industry professional. I also find my experience as a tour guide helpful in my work. After all, storytelling is what they do. 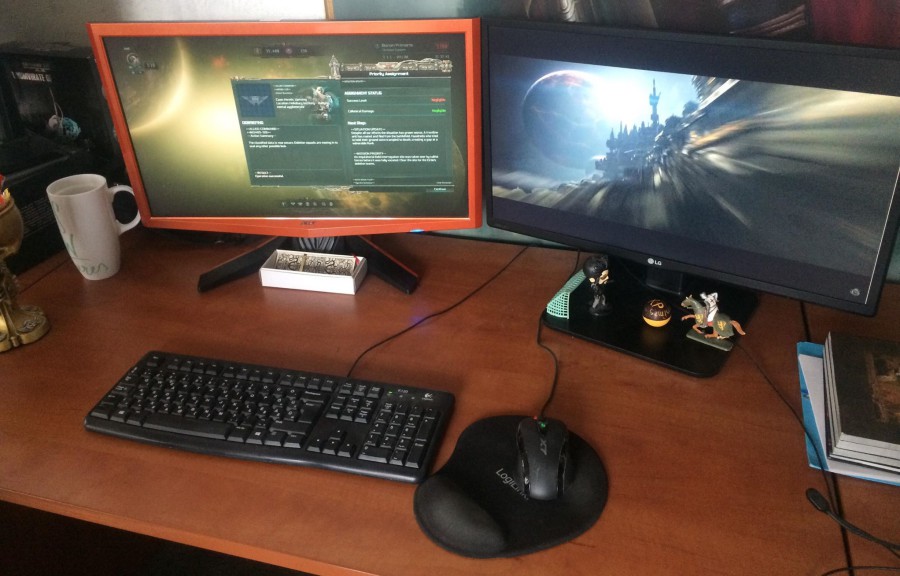 I've been with the company for nearly 9 years now, I started just after the release of the first King Arthur game. I'm kind of a jack-of-all-trades in my area, I partake in everything from story writing to game balancing and testing. Depending on the development phase of a project, I either spend most of my time writing up documents full of ideas and concepts, or playing the game AND writing up documents full of bugs and suggestions.

My first project was an expansion for King Arthur. After that, I was involved in all other Necore titles to date, including King Arthur 2, the whole Van Helsing series and Warhammer 40,000: Inquisitor – Martyr. Like I mentioned, my tasks were diverse during these projects, but perhaps the most memorable one was naming thousands of equipment items for the Van Helsing games. In case you ever wondered how names like „Accelerator Helix Discharger” and „Hexed Nether Khanjar” came to be... that was me.

My most interesting current task is managing Priority Assignments in Inquisitor – Martyr. This is a system that essentially creates procedurally generated stories – sometimes assembled sentence by sentence. The concepts of emergent gameplay and procedurally generated content are of particular interest to me, so I enjoy the opportunity to learn about the topic while working. 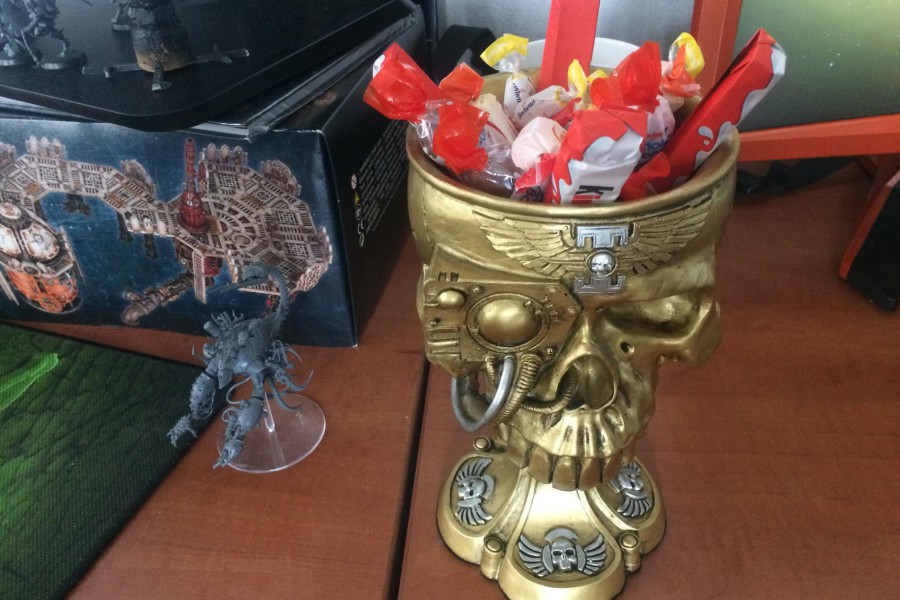 I love my job, so much so, that I also do game design in my free time. We have two annual LAN parties with my friends, a tradition that has endured for fifteen years now – and I usually prepare various modules and maps for our favorite games. Most recently I started GM-ing again with Divinity: Original Sin 2.

Do you have any stories from during the development of Martyr?

As you can imagine, building a complex game involves plenty of opportunities to mess things up, so yes we had plenty of laughs on the way. For example, I vividly remember a short period when some assets didn’t show up properly in the game, so the main character had no head, just a pair of floating eyes. It jibed perfectly with the 40k universe if you ask me... 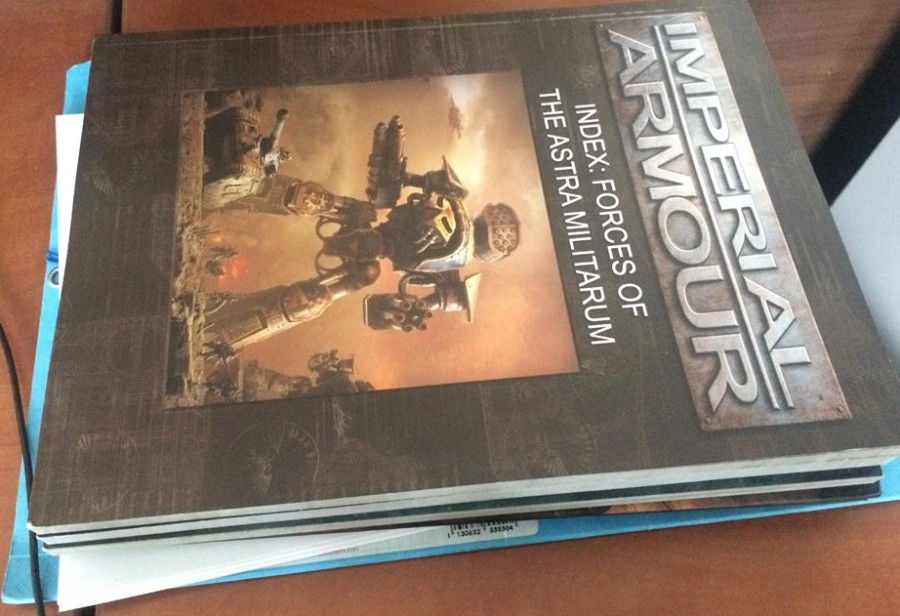 I don’t like picking „favorites” but I can name some things that I particularly enjoy. These include some TV series like Castle (for its light-hearted nature), Breaking Bad (for its seriousness), ancient games like Wizard of Wor, deep discussions of philosophical nature and lately, cello music. Seriously, check out the band 2Cellos, playing Eye of the Tiger. It’s epic.

Can you show us something you've worked on in Martyr?

Have a look at the Priority Assignments: 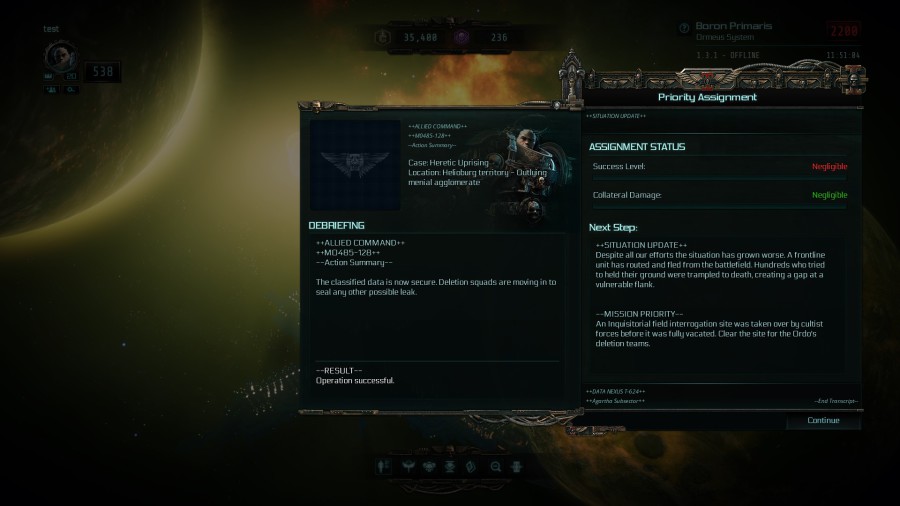