We have announced our newest game, King Arthur: Knight's Tale, and there's already plenty of information on this Tactical / RPG hybrid available. Now we'll be examining its aspects separately in more in-depth blog posts. First up, narrative designer Viktor Juhász answers the most important questions on behalf of the Story Team - seven questions about the story and the lore of our newest game.

1. King Arthur: Knight's Tale takes the Arthurian legend in a new, exciting direction - please introduce the plot and setting of the game briefly.

King Arthur: Knight's Tale begins where most of the Arthurian tales end, after the Battle of Camlann, which was the final skirmish between the Once and Future King and his nemesis, Sir Mordred. There are several versions to this legend, but most of them ends when Arthur kills Mordred but receives a mortal wound as well. The mysterious Lady of the Lake, the mighty enchantress who once gifted Arthur with the Excalibur, has the wounded King Arthur transported to her magical island, Avalon, where the healing powers of the land can nurture him back to health and the Once and Future King will return to defend Britannia in the times of need.

The main idea behind Knight’s Tale for me was the question that drives storytellers – what happened after all that? What if this grand plan didn’t work as intended? What if the Once and Future King has been stuck somewhere between alive and dead, becoming something that could not be healed and cannot die? I imagined a monarch writhing in endless pain, slowly going insane, a king with otherworldly powers trapped on an island that is suffused and shaped by magic, which he will begin slowly to turn into his nightmare.

This is where the Lady of the Lake enters the stage again. She has become powerless in her own domain and she is watching helplessly as the king destroys everything. She needs someone who could stop Arthur before Avalon succumbs to his fever dreams. Sometimes the only option is far from the most ideal solution: the Lady, with great concern, decides to bring back the nemesis of the king. After all, Sir Mordred almost finished the job once, so who could be a better candidate to take on the terrible presence of Arthur himself?

2. What were the main inspirations behind this unique dark fantasy take on the Arthurian legend?

As far as I remember, the idea came up in 2018, during a casual discussion about how the potential settings for our next planned game should look like. The direction had already been set that time, so we were brainstorming a dark fantasy world leaning into grimdark, with heroes and magic and monsters. We already had various pieces of concept art commissioned from our talented artists who had been toying with ideas rooted in dark medieval fantasy. One of the art pieces depicted a wrecked throne room with a colossal dragon corpse sprawled among the rubble. “What if this place were Camelot?” – that was the question that set everything into motion, giving birth to a war-torn kingdom, fallen knights and the dying king.

3. It's been a while since NeocoreGames did a King Arthur game. How does Knight's Tale relate to those older titles?

Knight’s Tale tells a stand-alone story and it is totally understandable without being familiar with any of our previous King Arthur games. Those games were set in the warring realm of mystical Britannia and depicted the rise and the conquests of the Once and Future King. Knight’s Tale is set after the last battle in Britannia and the story is tied to the mystical island of Avalon. It includes all major characters, factions, mythical creatures  and tropes from our own Arthurian mythology, but places them into a brand new environment. Knight’s Tale is absolutely comprehensible for newcomers, and for the players of our previous Arthurian games it also offers a huge amount of familiar elements.

4. Mordred plays a central role in Knight's Tale, seemingly a heroic one too. Why was he chosen for this role? What is it that the story team finds compelling about him?

The idea, as most of the sparks that drive the thought process in the Story Team, came from an inspired conversation between János Tóth, my fellow narrative designer and myself a good while ago. At that point I had been already brainstorming about the mad, dying king and his terrible influence on Avalon, but I felt that although making him the big bad and sending the Knights of the Round Table against their former king and friend might be worth exploring, it also felt… slightly too convenient. And that was when János came up with the  idea of bringing back fearsome Sir Mordred from the dead, granting him his own knightly tale, and with that, a chance for redemption (or the chance to continue his dreadful ways) and then it all clicked.

5. Now Arthur himself is depicted as an undying mad king, framed as the main antagonist. Do you have any concerns that this might be too wild for hardcore Arthur-fans? What was the thought process behind this new take?

We admit it's quite a radical take! Although the Arthurian mythology has an eternally wounded king, the Fisher King, so in a way it is a nod to those who like their Arthurian tales, the story also offers answers to why the king ends up in this nightmare scenario, linking the events to much darker events in the background. When we decided to make some radical adjustments to the mythology, we also wanted these changes to serve the plot. On the other hand, with all the various interpretations of the Arthurian mythology out there – and with each passing month there seems to be a new one, which is absolutely thrilling! – we hope that by playing with the familiar elements we can offer a fresh take on the material. 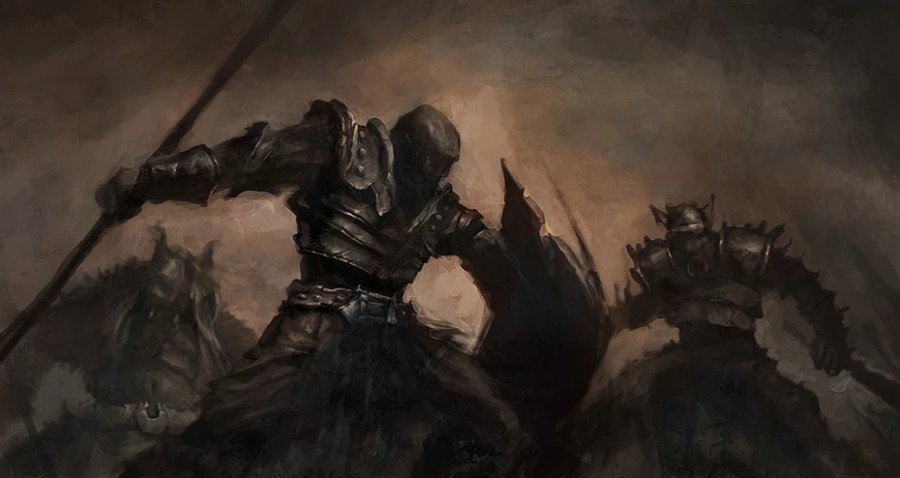 6. What is the ratio between the classic Arthurian elements and original material? Any returning characters or places that we might know from the myth (or the previous games)?

Our previous King Arthur games had already been colorful remixes of Arthurian mythology, blending dark fantasy, Celtic legends, medieval romances, the Morte d’Arthur and some slightly anachronistic ideas. Those games leaned heavily towards fantasy, and by transporting the main characters of the Arthurian mythology to the magical island of Avalon, the ratio of original material has become larger. However, it still is all rooted in the legends. One of the most exciting aspects of the narrative design was to incorporate as many of our already existing characters and characteristic locations into a brand new story, so yes, there will be familiar faces and themes. And that is just the main campaign, as the endgame presents some well-known characters, especially the ones from mythology.

7. The player agency in this game extends to moral decisions and diplomacy - will we see changes in the story in different playthroughs?

The main storyline milestones are set – after all, this is all about Mordred trying to find and destroy King Arthur –, but the game offers meaningful choices to solve problems, and these decision influence everything in the campaign, from the tone of the story to the actual arrangement of Mordred’s Round Table – and with each hero being a very strong personality, certain combinations can lead to quarrels that shake up this setup –, and under special circumstances these decision can also unlock storylines or unique heroes. The narrative will adapt to these changes and move along, so characters, management options, resources, magic items can vary from replay to replay.

If you like this new approach, you can support King Arthur: Knight's Tale on Kickstarter, and look forward to more in-depth look at the varios features of this brand new Tactical-RPG hybrid. Check back soon!